Madurai has a typical weather of South India. Get more information on the climate of Madurai, India.
Madurai : Madurai Travel Tips : Madurai Weather 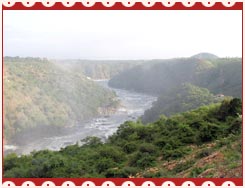 Madurai has the typical climate of the Deccan plateau. It remains hot and humid most of the year. Read on to get the complete information on the climate in this amazing city of India.

Summers
The sun is at its glory and shines very brightly during the summers. During the summer months, i.e. from May to June, the temperature varies between 27 deg C and 40 deg C. Therefore, the climate is quite hot. May is the hottest month. Cottons are recommended during this time.

Winters
In winters, which starts from December and lasts till February, the temperature ranges between 20 deg C and 30 deg C. The climate remains pleasant during this time, as the temperature rarely falls below 20oC.

Monsoon
Though the rainfall is very frequent and uniform throughout the year, just like the flow of pilgrims and tourists, the city receives the major share of rainfall between the months of July and October. The average rainfall is 85 cm.