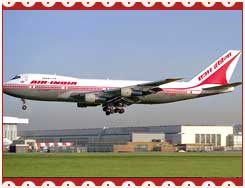 Madurai, the second largest and the oldest city in Tamil Nadu, is an important place due to many reasons. The city is called the temple city and has great importance for the pilgrims across the globe. It is also a great center of learning, where students from across the nation come to enlighten themselves. Madurai is also an important commercial center, because of its textile industries and jasmine export. All these reasons make the city significant and therefore the city has strong communication and transport channels.

Madurai airport caters only to the domestic travelers. The city is well connected to all the major cities of India by air. There are a number of flights available for Madurai from Tiruchi, Coimbatore, Bangalore, Mumbai and Chennai. Various airlines also provide discount packages to the tourists. These packages are given on festivals, promotional schemes, advance booking, etc. There are five domestic Airlines operating from Madurai, of which two counts amongst the cheap ones.